How many ways can we place 7 books in a bookshelf? 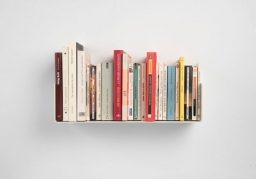