A hardwood for a column is in the form of a frustum of a regular heptagonal pyramid. The lower base edge is 18 cm and the upper base of 14 cm. The altitude is 30 cm. Determine the weight in kg if the density of the wood is 10 grams/cm3. 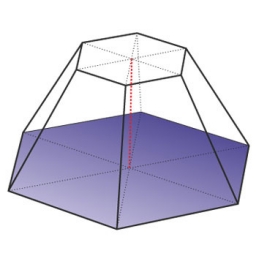 Looking for a statistical calculator? Do you know the volume and unit volume, and want to convert volume units? Tip: Our Density units converter will help you with the conversion of density units. Do you want to convert mass units?