Parallels and one secant

There are two different parallel lines a, b and a line c that intersect the two parallel lines. Draw a circle that touches all lines at the same time. 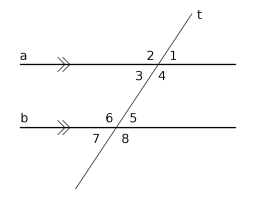