A florist has roses, tulips, daffodils, and carnations to use in flower arrangements. If she were to make an arrangement using 12 flowers, how many different combinations of these 4 types of flowers would be possible? 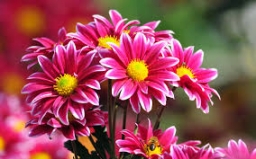