Axial section of the cylinder has a diagonal 40 cm. The size of the shell and the base surface are in the ratio 3:2.

Calculate the volume and surface area of this cylinder. 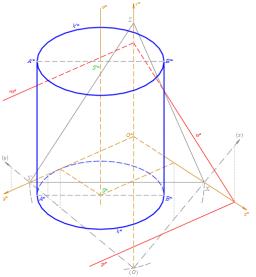 
Tips to related online calculators
Check out our ratio calculator.
Pythagorean theorem is the base for the right triangle calculator.