Calculate the perimeter and area of the triangle. 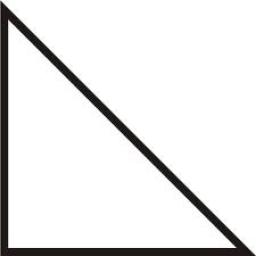