The obvod of a right triangle is 84 cm, the hypotenuse is 37 cm long. Determine the lengths of the legs. 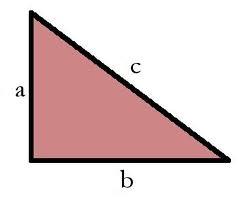