The volume of water in the rectangular swimming pool is 6998.4 hectoliters. The promotional leaflet states that if we wanted all the pool water to flow into a regular quadrangle with a base edge equal to the average depth of the pool, the prism would have to be tall as a nearby TV transmitter and then filled to the rim. We add that if we wanted to float the distance the same as the transmitter height, we would have to spend either eight lengths or fifteen widths of the pool. How high is the TV transmitter? 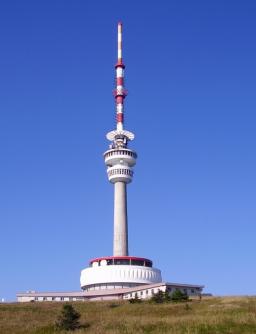