Within a regular pentagon ABCDE point P is such that the triangle is equilateral ABP. How big is the angle BCP?
Make a sketch. 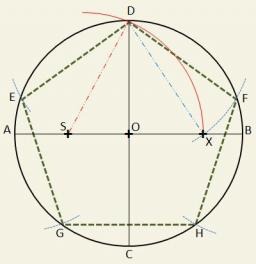