Determine the numbers b, c that the numbers x1 = -1 and x2 = 3 were roots of quadratic equation: 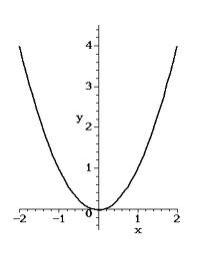