The seller offers fresh-squeezed juice, which the customer either pours into his own containers or sells it in liter plastic bottles, which the customer buys from him.
A liter of juice costs 40 CZK more than a bottle.
There is no charge for turning the juice into your own container.
When you buy 6 liters of juice, you will pay CZK 312, including a surcharge for 6 bottles. 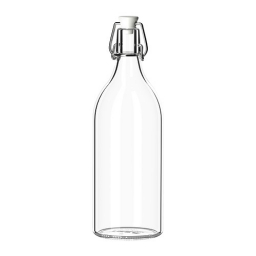