Everyone complains about the lack of money. In fact, there is no shortage of money, but the relative scarcity of goods and things that people buy for money.

Calculate what percentage of the price of all goods and services rose immediately, if everyone has the day-to-day in wallet (and accounts) 7-times money. 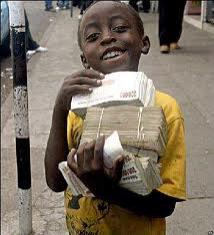