Determine the resistance of the bulb with the current 200 mA and is in a regular lamp (230V). 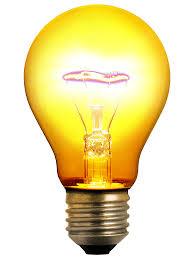