Two cats caught two mice in two days. How many mouses will catch 6 cats for 6 days? 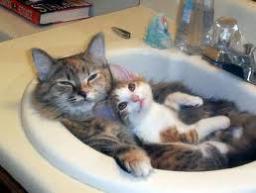