Can an equilateral triangle have a right angle? 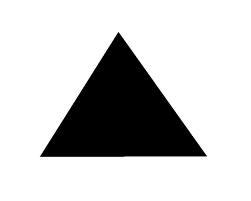