Ladies sweater was twice discounted. First by 8%, then by 8% of the new price. Its final price was 66 €. Determine the original price of sweater. 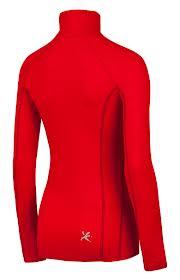