After three 10° beers consumed in a short time, there is 5.6 g of alcohol in 6 kg adult human blood. How much is it per mille? 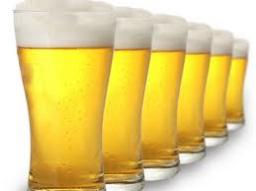 Tips to related online calculators
Need help calculate sum, simplify or multiply fractions? Try our fraction calculator.
Check out our ratio calculator.
Our permille calculator will help you quickly calculate various typical tasks with permilles.
Do you have a linear equation or system of equations and looking for its solution? Or do you have quadratic equation?
Do you want to convert mass units?