In the yard were chickens and rabbits. Together they had 28 heads and 78 legs. How many chickens and how many rabbits was in the yard? 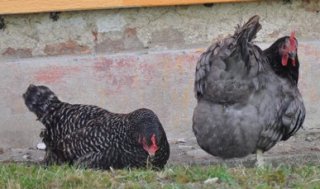 Math student
Imagine all rabbits and chickens are well trained. We blow the whistle, all chickens and rabbits would retract one of their legs. 124 - 44 = 80. Then we blow the whistle again, they retract another leg. 80-44= 36. these remaining 36 legs belong to the rabbits which are standing with two legs (the other two are retracted). thus 36/2 = 18 rabbits. and the chickens are 44-18 = 26.
2 years ago  5 Likes Like
Showing 7 comments:

Math student
viju has 40 chickens and rabbits.  If in all there are 90 legs.  How many rabbits are there with viju??
3 years ago  11 Likes Like