The endless lego set contains only 6, 9, 20 kilograms blocks that can no longer be polished or broken. The workers took them to the gym and immediately started building different buildings. And of course, they wrote down how much the building weighed. They noticed that a 7 kg structure could not build them. Others do. Finally, they decided to find out from what least weight they already know, using 6, 9 and 20 kilograms, to build each building. What is the smallest weight of the building from which all the heavier buildings can be built? 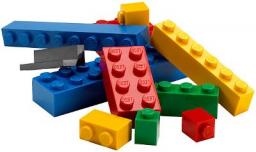 Tips to related online calculators
Do you solve Diofant problems and looking for a calculator of Diofant integer equations?
Do you want to perform natural numbers division - find the quotient and remainder?