Increasing the minimum wage while maintaining the other parameters of the system, unemployment will be: 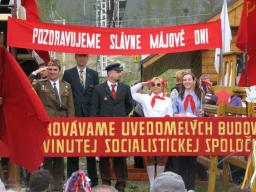