A triangle has an angle that is 63.1 other 2 are in ratio of 2:5 What are the measurements of the two angles? 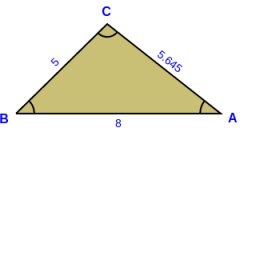