Determine the radius of the circle circumscribing rectangle. 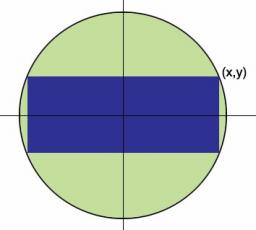 Pancake
Thanks, this really helped. Ima go eat my French toast now
2 years ago  Like