If the tangent of an angle of a right angled triangle is 0.8. Then its longest side is. .. . 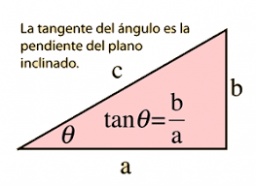