Determine the radius of the circumscribed circle to the right triangle with legs 9 cm and 6 cm. 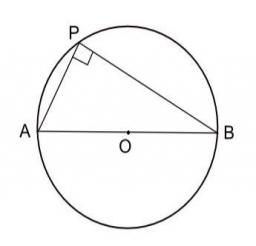