The road has a gradient of 8%. How many meters will the road rise on a horizontal distance of 400m? 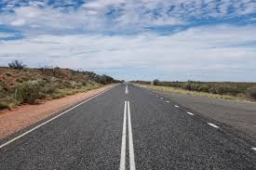