How much m² of fabric do we need to sew a 50cm-shaped cube-shaped seat if 10% of the material we add to the folds? 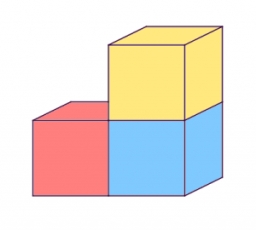