A right pyramid on a base 4 cm square has a slant edge of 6 cm. Calculate the volume of the pyramid. 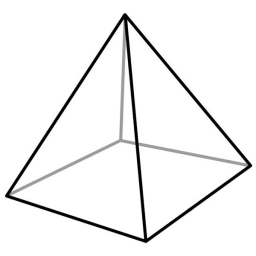 Tips to related online calculators
Tip: Our volume units converter will help you with the conversion of volume units.
Pythagorean theorem is the base for the right triangle calculator.