How many we must have at least nuts if we can equally divide it to 10 children, 12 children or 15 children and any nut left? 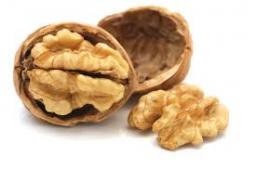