If two consecutive times we increase the price of the product by 20%, how many % is higher final price than the original? 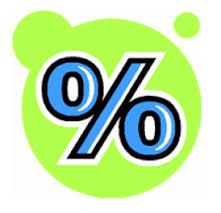