Temperature up and dowm

What is the temperature at 6 PM? 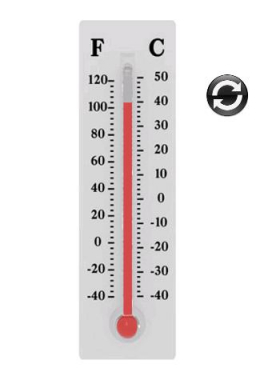