What is the sum of the multiples of number 7 that are greater than 30 but less than 56? 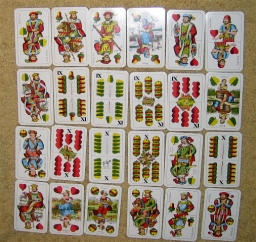