The top of the Eiffel Tower is seen from a distance of 600 meters at an angle of 30 degrees. Find the tower height. 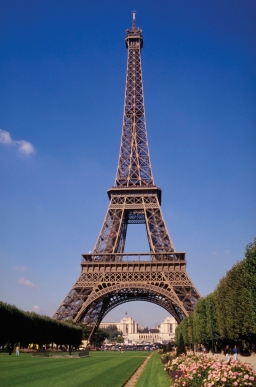