Sum of interiol angles of 9-gon is: 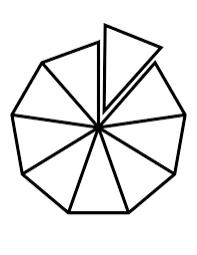