How many five-digit PIN - code can we create using the even numbers? 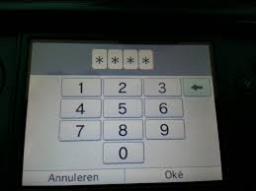