On the platter are plum. How many were there if its have to be able to share equally among 8,10 and 12 children? 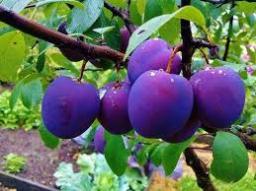