Flood waters in some US village meant that the homes had to evacuate 252 people. 50 of them stayed at elementary schools, 61 them slept with their friends and others went to relatives. How many people have gone to relatives? 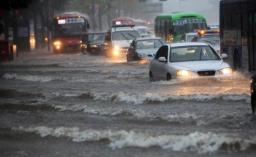