Ferko boarded the tram which has already been 19 passengers. At the first stop on the tram left twice fewer passengers and on second stop again twice times less. The third stop was final. How many passengers left with Ferko at the third stop? 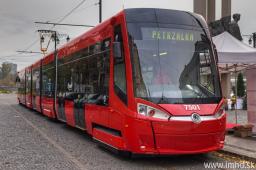