Skis, which cost € 800, became 25% more expensive before the season. After the season, they became cheaper again by 25%. How many euros did the skis cost after the discount? 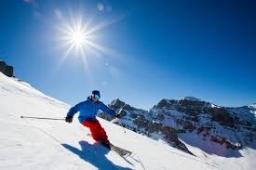