A football match with Italy lost 3 goals for the Germans. Totally fell 5 goals in the match. Determine the number of goals of Italy and Germany. 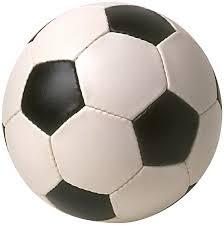