Find the orbital time, rotational frequency, and angular rate of the second and minute hands on the watch. 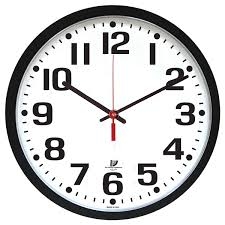