Peter spent a quarter of his pocket saving. He has 9 euros now in his wallet. How many euros spent? 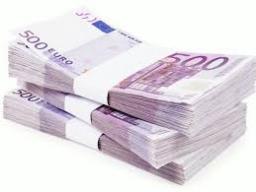