Two workers make 138 parts/items. The first one produces 30% more than the second. How many items will each produce? 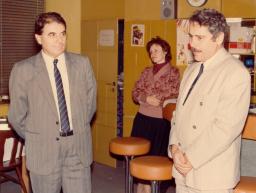