The two angles of a triangle are 78° and 82°. So what is the measure of the remaining third angle? 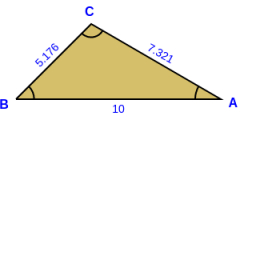