The first bus runs 15 minutes the second bus runs after 21 minutes. Together they both leave at 7:00 on Monday. When and what day will they meet? 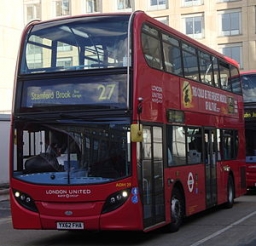