Solve a set of two equations of two unknowns: 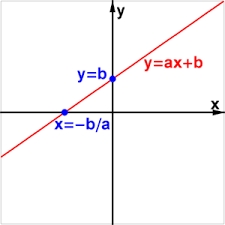