Driving final exam involving 10 attendants. The exam consists of three parts. 2 fails at test (quiz) and 6 students fails on car skills test on playground (slalom between the cone). The practical part of the test - driving in town in the real traffic - all passed.

What is the total percentage of students with success in the examination? 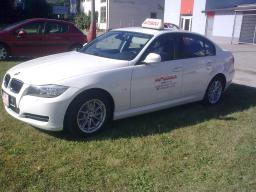