Two integers, a and b, have a product of 36. What is the least possible sum of a and b? 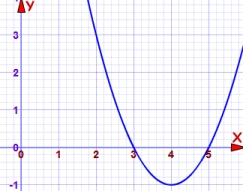