On the sparrows ball were males and females. There were 170 sparrows. Males was 20 more than females. How many sparrow female was at a ball? 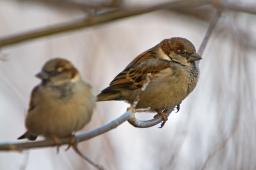