In a circle with a diameter 50 cm are drawn 3 circles /as a snowman/ where:

its diameters are integers,
each larger circle diameter is 3 cm larger than the diameter of the previous circle. 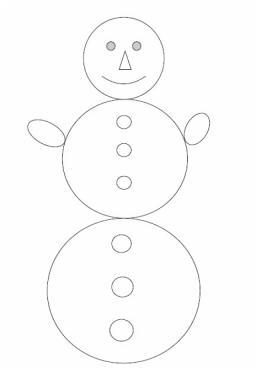