How tall is the tree that observed in the visual angle of 52°? If I stand 5 m from the tree and eyes are two meters above the ground. 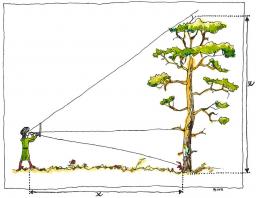